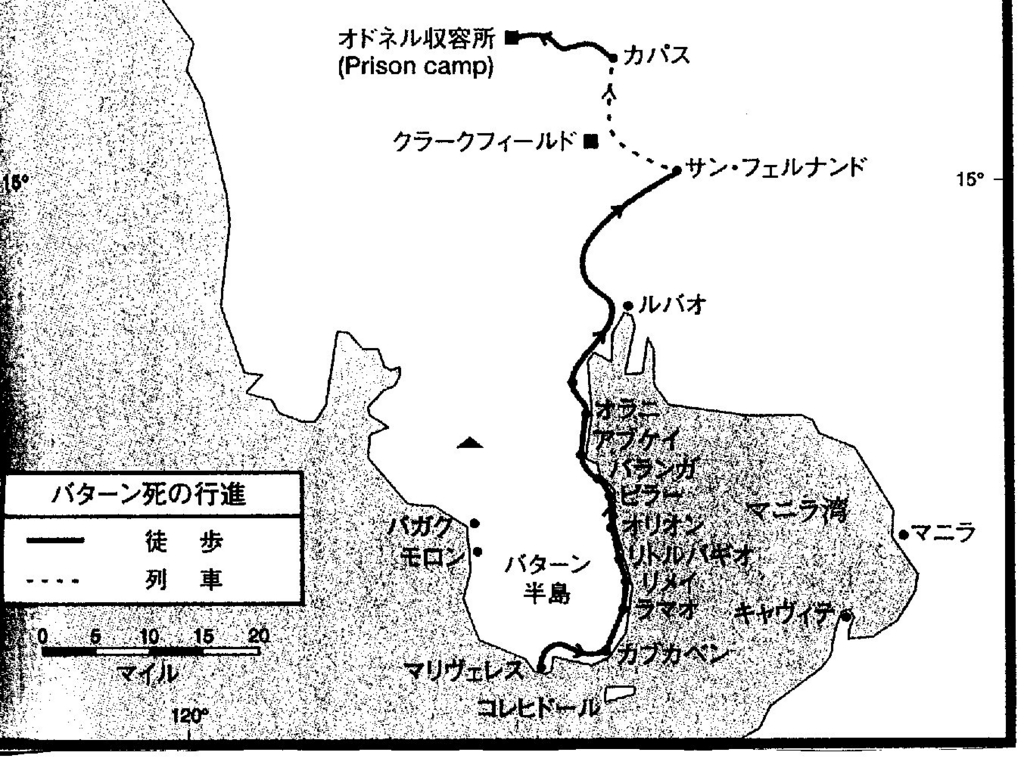 The Japanese Army did not observe the laws of war in the movement of prisoners of war from one place to another. Prisoners were forced to march long distances without sufficient food and water and without rest. Sick and wounded were forced to march in the same manner as the able. Prisoners who fell behind on such marches were beaten, tortured and murdered. We have been furnished evidence of many such marches.
The Bataan March is a conspicuous example. When General King surrendered his forces on Bataan on 9 April 1942, he was assured by Japanese General Homma's Chief-of-Staff that his soldiers would be treated humanely. General King had saved sufficient trucks from demolition to move his men from Bataan to the prisoner of war camp. The American and Filipino soldiers on Bataan had been on short rations and the sick and wounded were numerous. However, when General King suggested the use of the trucks, he was forbidden to do so. The prisoners were marched in intense heat along the highway to San Fernando, Pampanga, which is a distance of 120 kilometers, or 75 miles. The sick and wounded were forced to march. Those who fell by the roadside and were unable to continue were shot or bayonetted. Others were taken from the ranks, beaten, tortured and killed. The march continued for nine days, with the Japanese guards being relieved at five kilometer intervals by fresh guards who had been transported in the American trucks. During the first five days, the prisoners received little or no food or water. Thereafter, the only water available was that from an occasional artesian well or caribou wallow. When the prisoners grouped around a well in an attempt to get water, the Japanese fired upon them. Shooting and bayonetting of prisoners were commonplace. Dead bodies littered the side of the road. Murata, who had been sent to the Philippines in February 1942 by War Minister TOJO as a civilian advisor to General Homma, drove along this highway and saw the dead bodies along the highway in such great numbers that he was prompted to ask General Homma about the situation. Murata testified that, "I merely saw it; I did not complain about it; I just asked questions." At San Fernando, the prisoners were crowded into railway freight cars to be transported to Camp O'Donnell. They were forced to stand through lack of space and many died in the cars from exhaustion and lack of ventilation. It is not clear how many died in this movement from Bataan to Camp O'Donnell. The evidence indicates that there were approximately 8,000 deaths of American and Filipino prisoners. At Camp O'Donnell, the evidence shows that from April to December 1942, no less that 27,500 Americans and Filipinos died.
TOJO admitted that he heard of this march in 1942 from many different sources. He said that his information was to the effect that the prisoners had been forced to march long distances in the heat and that many deaths had occurred. TOJO also admitted that the United States Government's protest against the unlawful treatment of these prisoners had been received and discussed at the bi-weekly meetings of the Bureaux Chiefs in the War Ministry soon after the death march occurred, but that he left the matter to the discretion of the Bureau Chiefs. TOJO said that the Japanese forces in the Philippines were not called upon for a report on the incident and that he did not even discuss the matter with General Homma when that General visited Japan in early 1943. TOJO said that he first inquired into this subject when he visited the Philippines in May 1943l; and at that time he discussed it with General Homma's Chief-of-Staff, who informed him of the details. TOJO explained his failure to take action to prevent a repetition of similar atrocities as follows: "It is Japanese custom for a commander of an expeditionary army in the field to be given a mission in the performance of which he is not subject to specific orders from Tokyo, but has considerable autonomy." This can mean only that under the Japanese method of warfare, such atrocities were expected to occur, or were at least permitted, and that the Government was not concerned to prevent them.
Such atrocities were repeated during the Pacific War, which it is reasonable to assume resulted from the condonation of General Homma's conduct at Bataan.